Invest in movies and tv shows

Here you can find answers to the most of your questions about production and producing. You can also find the scripts available for production Read the article to know more about how to put money into movies and TV shows 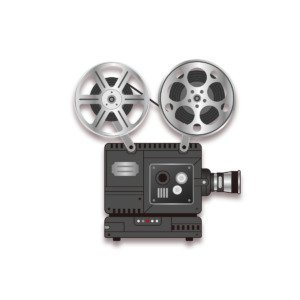 Should I do a
movie or tv show?

why Invest in Movies?

In this improvising world, film industry has given the best platform for the investors to make their investments more valuable than ever. The benefits stretches far beyond the sales of the box office tickets or extended tv shows. DVD/ blue rays sales, television rights, video on demand(VOD) subscription and more film selling count towards the profit a film makes and

can continue to generate a profit for lifetime. Meantime in TV shows the profits are made every time the show is telecasted. The cinema of India consists of films produced in the nation of India. Cinema is immensely popular in India, with as many as 2,000 films produced in various languages every year. And many are released worldwide with reception equal to Hollywood movies. This in return makes a whopping average turnaround of Rs.10,000 Cr annually.

Total revenue of the film industry in India in FY 2019, by source.

From Nalaya Manithan – 1989 (The story happens in 2022) to Etheran, Devasurma to Android Kunjappan, Mayabazzar to Bhaubali the South Indian film industry have grown into a major movie making hub.

Yes, it doesn’t end here. From the legend to super star, the master to lal etten, and more stars took the industry globally.

Likewise, in past few years low budget movies in these 4 languages made a good revenue comparing to big budget movies. Meantime, these movies were well received and appreciated by the public.

Investing in a film with a smaller production budget offers the chance to make more profit with less risk than a film with a large budget, where overheads need to be recouped before investors will see a return. A film doesn’t need to be a large success at the box offer in order for an investor to receive a return on their investment, and that’s the benefit of investing in low budget film. There are many examples.

WHERE WE MAKE REVENUE

With 13 years of experience in media industry and also being advertisement film makers and script writers, we have been thru many odds of film making, and at the same time we did learn the ways to solve it and to make the production more cheaper with an high quality output. For one such example you can check out this short film

Our team with a combined experience of 40 years  had helped few Tamil and Malayalam movies in production controlling and marketing.

This didn’t end here. We want to venture into small screen with nonfiction content. So we decided to produce a cookery show in international standards with an all new presentation of Western Ghats. Associating with RK Productions we produced Samayal Payanam. The concept was designed and directed by our CEO Vinoth Kumar. This show was telecasted in JAYA TV.

Meanwhile, we have directed 46 adds for different brands and agencies in these years.

With all this experience and earned contacts, we decided to launch our own production division and eventually Orange Art Factory Cinema was born. Company dedicated for Movie production, TV Show production, YouTube Channel sponsoring and OTT Series (Web Series).

INVEST IN MOVIES AND TV SHOWS WITH US

We are more passionate in making low budget movies in Tamil, Malayalam and Telugu. So far, we have shortlisted 5 different scripts and have 2 own script. All in different genres. All these scripts are bi-lingual (Original). This means one investment and 2 market for selling. And now we are looking out for investor to invest in our company to produce these strong scripts.

We have designed few TV shows (Non-Fiction) and are been approved by a well-known TV channel in Tamil. Investors can invest in these shows too.

We have two scripts ready to shoot for OTT platform like Amazon Prime, Netflix and ZEE 5. These scripts are for series (Web Series) and same requires production investment.

“Are you interested in investing? Then reach us at 8870766660 or reachus@orangeartfactory.com for further details and discussions.”

As with any financial investment, there is always an element of risk and it is very important that you do not invest what you cannot afford to lose. While it is not possible to guarantee the commercial success of any film project. We want the best for our investors and so we are very selective in the opportunities that we create and offer. To bound this we have hard system for selecting stories, cast and crew.